It’s almost as if Kelly was meant to be a Little Images photographer.

When she left high school she joined the Royal Australian Navy and was involved in Communications and Information Systems for the six years she was in the service.

Being a keen amateur photographer, when she found out that there were openings for Navy photographers, she enquired, but the positions were only open to sailors who had been serving for at least two years and she didn’t end up becoming one after all.

Being in the service had its benefits though – she travelled around the world and remembers buying her first SLR camera while ashore at the very first port in Langkawi, Malaysia. 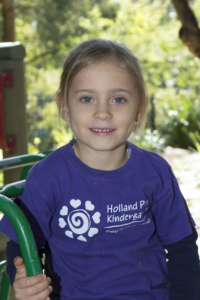 Originally from Brisbane, she has lived in many different parts of Australia, first moving to Perth (where she now lives) with the Navy, and with stints in Darwin and Canberra, before returning to Perth.

Along the way she studied teaching at uni with a view to becoming a school teacher, but having her own family and wanting to spend time with them put an early end to the teaching career. The next move – armed with a Cert III in Childcare and what she had already learnt at uni – was becoming an educator at an early learning centre in Perth.

It was funny when I saw the ad online for Little Images as it seemed to be the perfect sort of work, combining my two passions – childhood education and photography.” says Kelly.

“I mentioned it to my husband who basically said it sounded great and I should find out more, and so I called them and had a long chat with Leigh about what was involved in becoming a franchisee.

And within a very short timeframe Kelly was over in Brisbane for franchisee training and into her first childcare centre shoots in Perth within a matter of weeks.

I had two weeks going around with Jason (one of the Little Images franchisees) in Brisbane and in fact did three supervised shoots there as part of the induction program.” Kelly explains. “And then I was back over to Perth where I pretty much kicked off straight away.

Kelly has always been a keen amateur photographer and already had a few photography prizes under her belt before joining Little Images (and you’ll be able to see some of her photos soon on our new Facebook and Instagram pages, along with photos from a number of our photographers).

And the biggest coincidence of them all? When Kelly looked back at some old photos of her daughters taken at daycare centres, you’ll never guess who took them!

Taking better photos – A beginners guide to getting the most out of your...
Scroll to top